Odebrecht participates in 40 projects in three different governments in Peru

The plea bargain deal testimonies given to Brazil’s Public Prosecutor’s Office by former Odebrecht executives who used to work in Peru, tell of illegal donations made to the election campaigns of politicians from across the political spectrum, as well as of bribes paid in exchange for benefits given in public biddings and for overcharging the cost of public contracts. Odebrecht participated in approximately 40 projects across three different administrations in Peru (those of Ollanta Humala, Alejandro Toledo and Alan García), which involved US$ 12 billion in public spending. The company, which has collaborated with Peru’s justice system and made a deal with the country’s government in February 2019, admitted to paying US$ 29 million in bribes between 2005 and 2014.

According to informant Jorge Henrique Simões Barata, Odebrecht’s former chief of operations in Peru, the order to make the donations to Humala came by way of Marcelo Odebrecht, on behalf of PT (Brazil’s Workers’ Party). “At a certain point, I received a call by Mr. Marcelo Odebrecht, saying that we were going to fund Mr. Ollanta Humala’s campaign. (…) He asked that we contribute US$ 3 million to the campaign. (…) This request came from the Workers’ Party. We only got to hear about this later. He (Marcelo Odebrecht) said [relating the conversation]: ‘Do it’. ‘I’m sorry, but we can’t. Why are we going to donate to a candidate who is not suitable for the country? He is not a good candidate for the company. Where’s the logic in that?’ He told me: ‘Barata. Do it, listen to me and do it.'”

Toledo is accused of receiving US$ 20 million in bribes, in exchange for favouring the company in the public bidding processes for two segments of the Interoceanic Highway, which would go through the country, linking Brazil to the Pacific Ocean, as well as for Line 1 of Lima’s subway system, and for segments of the highways in Callao, Cusco and Carhuaz. Jorge Barata’s testimony also mentioned former Minister of Communications Jorge Cuba Hidalgo and former president Alan García, who allegedly also received illegal payments for his campaign.

The last one to be mentioned in the testimony, Pedro Pablo Kuczynski, nicknamed “PPK”, resigned from Peru’s presidency, after being accused of receiving money from Odebrecht, and after videos showing his middlemen negotiating favours in exchange for support against impeachment proceedings he was battling in 2017 were uncovered and released. In December of that year, documents sent by Odebrecht to the Peruvian Congress revealed that the company gave US$ 782,000 to a consulting company owned by PPK. With his resignation, Vice-President Martín Vizcarra took office.

Apart from Barata and Odebrecht, the company’s former director for Latin America, Luiz Antonio Mameri, also spoke in his testimony of how the bribery scheme in Peru worked. The executive admitted to authorising illegal payments, and that he was the one who decided how they would take place.

+ Segments of the Interoceanic Highway

+ Expansion of the Costa Verde Highway

(Warrant for preventive detention and other measures)

The first terms of commitment signed by Peru and Brazil is dated February 15, 2017.

Within the framework of Operation Car Wash, Peru sent 68 requests for cooperation to Brazil in the last two years, with 18 of them having been sent in 2017, and 50 in 2018.

According to a report by the Public Prosecutor’s Office from January 2019, Peru was, at that moment, one of the countries with which Brazil was in negotiations to create a JIT – Joint Investigation Team. The three Latin-American countries in the list are Argentina, Paraguay and Peru. 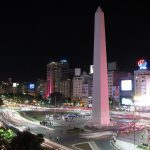