According to the testimony given by Odebrecht’s head of operations in Venezuela, Euzenando de Azevedo, the company’s activities in the country started in 1992, before Hugo Chávez took power, but it was during the period in which he was in office that Odebrecht grew and was awarded the largest contracts. Resources would have been distributed in exchange for benefits given in public contracts, or at the prospect of receiving favours in the future, and their recipients were members of the then-president’s party, as well as opposition members.

In over a decade, the Brazilian company was accused of overcharging contracts for thirteen of its projects in the country, according to Venezuela’s former Attorney-General, Luisa Ortega Díaz. After Chávez’s death, Odebrecht arguably started directly financing the campaigns of presidential hopefuls Nicolás Maduro and Henrique Capriles, in 2013, who received US$ 35 million and US$ 15 million, respectively. The donations — both supposedly illegal — functioned as a bet by Odebrecht, in the hopes of receiving future benefits.

According to Ortega Díaz’s investigations, Diosdado Cabello, Vice-President of Venezuela’s ruling party, the United Socialist Party of Venezuela (PSUV, in Spanish), received a total of US$ 100 million. In return, Cabello was expected to facilitate the obtaining of construction permits in the state level and help with the allocation of federal funds toward the continuation of certain public works, according to Euzenando, who did not, in his testimony, identify the public works involved.

In his testimony, Azevedo states that, during the Chávez administration, an order from the president was all that was needed for Odebrecht to be awarded a contract. According to the informant, there was a total of 32 of them. “I could say that we hit it off right from the start and, with time, our relationship became closer. (…) I became a close friend of the president’s. (…) I always showed that I shared president Chávez’s ideals and dreams. (…) Because of this, the doors were always open to me. One must not forget that the president was a strong leader in a regime where he gave the orders and everyone followed them. (…) Chávez would simply decree that I would get the contract”, relates Azevedo, who pointed out that Venezuelan law allows for awarding contracts, without going through any public bidding process, to companies from countries that have technical cooperation agreements with Venezuela, which Brazil does since 1992.

With one phone call, Chávez expedited Odebrecht’s pending payments, at Azevedo’s request. According to the informant, the former president never handled bribes or donations made via slush funds. However, in Azevedo’s opinion, he did know about the illegal donations.

“I have strong reason to believe that he was informed that I made contributions to various PSUV candidates. There was no quid pro quo directly related to the contracts, but there indeed was a continuous cycle of financial support given to several of the government’s candidates and frequent awarding of contracts to the company throughout the years”, states Azevedo in his testimony.

After Chávez’s death, Odebrecht donated, in 2013, to the presidential election campaigns of Nicolás Maduro, who got US$ 35 million, and of Henrique Capriles, who got US$ 15 million.

“Mr. Américo Matta [Maduro’s campaign coordinator] contacted me, and scheduled a meeting (…) in which he asked me for the contribution (to Maduro). He knew we were a large company and knew the size of our operations, and asked for a contribution to president Maduro’s campaign. (…) He asked for an amount that, for that time, was a large amount (…) he asked for US$ 50 million, and I settled on paying US$ 35 million”, relates Azevedo.

Odebrecht’s former director of construction in Caracas, Alessandro César Dias Gomes, explained in his testimony how the company hired a lobbyist, whose role was to peddle influence to get the Caracas subway project contract awarded to the company. Dias Gomes also told how the contract helped Odebrecht in generating illegal slush fund money for the company’s regular funds.

Marcelo Bahia Odebrecht, former chairman of the Odebrecht Group, has also contributed, giving a detailed account of some illegal payments involved in Venezuelan contracts, as well as turning in a number of e-mails showing that, after being requested by the Palácio do Planalto (the official workplace of the President of Brazil), the company worked together with senators from the Brazilian Social Democracy Party (PSDB) to get the Brazilian Senate to approve Venezuela’s entry into the Mercosur bloc on July 31, 2012. Furthermore, according to an August 25, 2016 report by Brazil’s Federal Police (PF), Marcelo Bahia Odebrecht took notes on his cell phone about illegal payments to opposition members, relative to the construction contract for the Tocoma hydroelectric plant, in Venezuela. One of the notes read: “Caution DGI opposition”

(Ruling from the 13th Federal Justice Court in Curitiba)

The practice of making extra-official payments, originating from bribes received by politicians, was not exclusive to campaigns in Brazil.

Ambassador MAXIMILIANO ARVELARZ had shown that he had a close relationship with ANDRADE GUTIERREZ, which even provided private jets for traveling. In at least three flights, JOÃO SANTANA, MÔNICA MOURA, FRANKLIN MARTINS and JOSÉ DIRCEU flew together in the São Paulo – Caracas part of the journey”. (Annex 10: Overseas Campaigns – Venezuela)

A part of this extra-official amount was paid in cash, delivered in Caracas directly to MÔNICA MOURA by Foreign Affairs Minister NICOLÁS MADURO, at the Ministry itself.

Maduro would receive Mônica in his own office, hand her briefcases full of money and then provide an escort to guard her during the drive between the Ministry and her production company.

It is worth highlighting that a part of the amount received by MÔNICA MOURA, in cash, was passed on to MÔNICA MONTEIRO (FRANKLIN MARTINS’ wife), because they were responsible for the internet part of the campaign. It is also worth noting that FRANKLIN and his crew were hired by the Venezuelan party, also without a formal contract and without an employment relationship with PÓLIS [João Santana and Mônica Moura’s company].

NICOLÁS MADURO was always very suspicious, not wishing to hand cash money to more than one person, due to the negotiation’s risks, and thus handed the entire amount to MÔNICA MOURA, who then passed a part of it to FRANKLIN MARTINS’ wife.

(Petition by Brazil’s Attorney-General’s Office to Supreme Court Justice Edson Fachin, with the entirety of the plea bargain deal testimonies)

Produced by: Brazil’s Attorney-General (Rodrigo Janot, at the time)

A terms of commitment agreement is a document signed by Brazil and another country that wants to acquire evidence from Brazilian authorities. The term details the conditions for sending said evidence.

The first term of commitment agreement signed by Venezuela and Brazil is dated August 9, 2017.

Every cooperation request generates a term of commitment agreement; however, the wording of each agreement remains much the same after the first signing.

Venezuela sent only one cooperation request to Brazil within the framework of Operation Car Wash (it is not possible to ascertain if all requests were relative to the Odebrecht case): 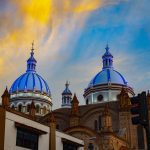 No país da Copa do Mundo