Taken from their own investigations and from information about investigations conducted by Brazil’s Public Prosecutor’s Office, the press has released information that says Odebrecht participated illegally in three major projects in Argentina that, when combined, amounted to US$ 2.2 billion. Such a figure corresponds to i) the tunnelling project for the Sarmiento Railway, in the Buenos Aires metropolitan area; ii) the building of the Paraná de las Palmas water purification plant (in Tigre, located in the Greater Buenos Aires area); and iii) the expansion of gas pipelines networks in different regions of the country (such as in the province of Córdoba). The company admitted that, in order to be favoured in these contracts, it had paid bribes that were also very large.

According to documents, Odebrecht executives stated in their plea bargain deal testimonies that the bribes in Argentina amounted to “at least” US$ 35 million, which would imply a return of little more than 1.5 per cent on the company’s total turnover from the country’s public works contracts. According to the testimonies, bribes were paid to employees close to the former Minister of Federal Planning, Services and Public Investment Júlio De Vido, who occupied the position for the entirety of the Kirchnerist period, and to the director of the state-owned Água e Saneamento Argentino (Aysa) company, Oscar Raúl Biancuzzo.

In his testimony, Luiz Antonio Mameri, former Odebrecht director for Latin America and Angola, details the payments. “There were two illicit adjustments. One with Mr. Raúl Biancuzzo, in which we identified, up until now, payments in the amount of US$ 7.6 million, and another with Mr. Jorge Rodríguez (a businessman close to Minister of Planning Júlio De Vido, known as “Corcho” Rodríguez), worth US$ 6.45 million”, states Mameri.

According to the same testimony, at least one Argentine company, IECSA, also participated in the partition of the bribe payment. “If Odebrecht wanted to participate in a project, it had to partner up with a local company. Furthermore, it needed to make illicit payments to public agents that worked in the clearance processes for these services that the joint venture would, in the future, perform. We had no direct dealings, at least at the time that this was negotiated between the joint venture partners and possible public agents”, states the former Odebrecht executive.

In another excerpt from the testimony, concerning the bribe paid for the Sarmiento Railway tunnelling contract, Mameri explained the participation of local companies further. “The relationship with these public agents was handled exclusively through these local companies, not foreign ones. Normally we would set up a joint venture, which is what happened in this Sarmiento Railway tunnelling project. Mr. Javier Sánchez Caballero informed us that he had made adjustments with public agents on behalf of the joint venture, so that it would win the public bidding. The joint venture would make the (bribery) payments as soon as it started getting paid for the services performed. Concurrently with the works’ progress, the billing documents would be paid and the corresponding share would be passed on to him, Mr. Javier Sánchez Caballero”, explains Mameri, referring to the former CEO of civil construction company IECSA and right-hand man to Ángelo Calcaterra, owner of the company and president Mauricio Macri’s cousin.

About the corruption scheme behind the Paraná de las Palmas water purification plant, Mameri recounted that other local companies participated, as they were introduced to Odebrecht by Argentine citizen Carlos Enrique Wagner, owner of a local company called Esuco S.A. and chairman of the Argentine Civil Construction Board, which had close ties to the Kirchner administration. According to Mameri, it was Wagner who told Odebrecht about the possibility of participating in the Paraná de las Palmas project.

“In that occasion, he (Wagner) pointed out that, if the company was interested in taking part of the Paraná de las Palmas project, it should partner up with three other local companies (Benito Roggio, Cartellone and Supercemento), and also make illicit payments to the Kirchner administration’s party, through public agents, that he would later appoint, starting with the first payments made to the joint venture for the work done”, relates Mameri. According to him, “said payments were to be made pari passu with the works’ progress, this being the only way to get the payments for the services performed by the joint venture to be prioritized”. Mameri states that Wagner set these terms as conditions for Odebrecht to be awarded the contract. “If the company did not agree to these conditions, its participation and especially its success in the public bidding would be jeopardised”. Later, Mameri learned that the public agent to whom the payments would be made was Oscar Raúl Biancuzzo, of state-owned company Aysa.

Another important point in the Argentine chapter of the company’s plea bargain deal comes from the testimony given by Márcio Faria da Silva, former chairman of Odebrecht Engenharia Industrial. In a motion sent to Edson Fachin in March 2017, Rodrigo Janot wrote that, in one of his testimonies, the executive reported the payment of bribes, with the goal of getting a contract for expanding two segments of Argentina’s gas pipelines awarded to the company. The first segment was under the responsibility of Argentine company Canmesa, and the second one under the Albanesi company.

Carlos Enrique Wagner, the same Argentine middleman mentioned by Mameri, is also named by Faria da Silva as the link between the company and the corruption scheme. Both companies would be able to subcontract Odebrecht, so long as bribes were paid to the employees named by Wagner. The motion to which JOTA had access does not give the names of the employees that received the bribe money. However, Janot states in the document that Faria da Silva testified that, after giving his authorization, the Structured Operations Sector paid US$ 25 million in bribes between 2007 and 2014.

“This police representation, supported by the evidence produced in the aforementioned police investigations and proceedings, seeks to expand investigations into MARCELO BAHIA ODEBRECHT and the ODEBRECHT corporate group.

With the start of phases 23 and 26 of OPERATION CAR WASH, borne from police investigations, it has been revealed that ODEBRECHT set up a sector within its corporate structure with the sole purpose of making illegal and completely off-the-books payments to public and political agents. It is the Structured Operations Sector, headed by HILBERTO MASCARENHAS ALVES DA SILVA FILHO, LUIZ EDUARDO DA ROCHA SOARES, FERNANDO MIGLIACCIO DA SILVA, MARIA LÚCIA GUIMARÃES TAVARES, ANGELA PALMEIRA and ISAÍAS UBIRACI CHAVES SANTOS.

As will be demonstrated next, we were able to identify new codenames and beneficiaries of illegal payments handled by ODEBRECHT’s Structured Operations Sector”.

“It is a report on the analysis of media apprehended during phase 23 of OPERATION CAR WASH, called “Acarajé”, (…) from MARIA LÚCIA GUIMARÃES TAVARES’ residence (…)”.

In one motion (PET 6738), Supreme Court Justice Edson Fachin stipulates that plea bargain deal testimonies given by former Odebrecht executives with no links to politicians who have jurisdictional prerogatives must be sent to Curitiba. One such testimony is the one given by former director João Carlos Mariz Nogueira, which narrates Odebrecht’s efforts to influence Argentine public organs via its Brazilian analogues. In the “Annex” document, Nogueira explains that, when he took the Director of Export Credit position, in 2010, he was told about a consulting company whose objective was to structure credits together with the relevant organs. This consultant would then have to influence a then-BNDES director towards benefitting Odebrecht’s interests.

In the “Brief” document (“Brief – Brazilian financing for Argentina), there is a statement that says that BNDES has a large portfolio of goods and services exports funding for Argentina, but that there are obstacles to the realization of these projects. Lastly, the document mentions Brazilian public organs and their Argentine analogues.

This motion’s video files are divided into two parts. In Part 2 are mentioned the deals with Argentina. In the link for the transcription, found below, one can find the timestamps for each subject matter.

In a testimony given on December 12, 2016, Rogério Santos de Araújo, former Odebrecht director, recounts his contact with the former director of Petrobras’ International Business area, Nestor Cerveró. According to Araújo, requests were made for contributions to former senator Delcídio do Amaral’s election campaign. In exchange, Odebrecht was offered the possibility of participating in a public contract involving a pipeline in Argentina, together with TGS, an Argentine company with ties to that country’s Petrobrás Energia branch.

In this testimony from December 14, 2016, divided into 4 videos, João Carlos Mariz Nogueira, former Odebrecht director, who was responsible for obtaining export credit, talks about how he tried to influence BNDES in order to acquire funds for public contracts in other countries. He also tried to use the influence of BNDES’ director, Luiz Eduardo Melin, within the Latin American Integration Association’s (LAIA) Reciprocal Payments and Credits Agreement (CPCR, in Portuguese) framework. For example, when an active legal norm in Argentina, one of Argentina’s Central Bank’s norms, made it more difficult for foreign companies to get funding, Melin could use his good standing and influence in the Ministry of Finance and, allegedly, pressure the countries’ bureaucracies.

The mentions made about Argentina are in the first video – Part 1. In the link for the transcription, found below, one can find the timestamps for each subject matter.

The next testimonies from the motion, from December 14, 2016, were given by Antônio de Castro Almeida, former Odebrecht director, who was responsible for obtaining export credits (João Carlos Nogueira’s predecessor). In three videos — parts 5, 6 and 7 —, Castro Almeida tells of how he influenced BNDES in order to acquire funds for public contracts in some countries, how this process begun by using a consulting firm and by influencing Luiz Eduardo Melin, then-director of BNDES. Though there are no mentions of Argentina, it is relevant to understanding the context of Odebrecht’s activities in Latin America.

These people took part in illegal processes and service payments. In the link for the transcription, found below, one can find the timestamps for each subject matter.

Data on Bilateral Cooperation with Brazil

The information below was obtained from the Ministry of Justice and the Public Prosecutor’s Office. Since they touch on investigations that are still in progress, the Brazilian agencies did not give too much detail on their subject matters, nor did they give the name of the persons and companies involved.

A term of commitment agreement is a document signed by Brazil and another country that wants to acquire evidence from Brazilian authorities. The term details the conditions for sending said evidence.

The first terms of commitment agreement signed by Argentina and Brazil within the framework of Operation Car Wash is dated October 9, 2018, which leads one to imagine that the information exchange became more expeditious after this date. Every cooperation request generates a terms of commitment agreement; however, the wording of each term remains much the same after the first signing.

Within the framework of Operation Car Wash, Argentina sent 12 requests for cooperation to Brazil in the last two years, with ten of them having been sent in 2017 and two in 2018.

According to a report by the Public Prosecutor’s Office from January 2019, Argentina was, at that moment, one of the countries with which Brazil was in negotiations to create a JIT – Joint Investigation Team. 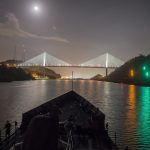