Businessman distributed bribes to different spheres of the Executive and Legislative

According to the plea bargain deal testimonies given by Odebrecht’s executives, the company’s illegal activities in the Dominican Republic begun during Hipólito Mejía’s administration, between 2000 and 2004, when businessman Ángel Rondón was hired to obtain advantages within the Dominican government. For more than a decade, Rondón was the middleman for at least 18 projects in the country. The businessman distributed bribes to people in various levels of the Executive and Legislative Branches.

In exchange, Odebrecht would be awarded the projects and pay bribes to Rondón worth 3 per cent of the public contracts’ cost. Among said contracts are the installation of the Hermanas Mirabal and Samaná aqueducts and Punta Catalina’s thermoelectric plant.

The “Lava-JOTA” documents give greater detail on the Dominican operation. Back in 2015, when Operation Car Wash was just over one year old, a criminal charge made by Brazil’s Public Prosecution Office named executives Rogério Araújo, Márcio Faria, Marcelo Odebrecht and financial operator Bernardo Freiburghaus as key players in the money laundering scheme, conducted via Odebrecht’s offshore companies in the Dominican Republic.

In March 2016, while making a ruling, then-judge Sérgio Moro explained the overseas route through which Odebrecht’s money went. Among the offshore bank accounts, there is a reference to one opened by the company at Banco Popular Dominicano, in the Dominican Republic. Rodrigo Janot, on the other hand, in an official opinion issued in April 2017, presented evidence that point to the transfer of the Structured Operations Sector’s physical infrastructure, Odebrecht’s “bribes department”, to the Dominican Republic, after the onset of Operation Car Wash. According to Janot, executives Luiz Eduardo Soares and Fernando Migliaccio moved to Miami, from which they travelled weekly to their new workplace, in order to operate the structure.

A terms of commitment agreement is a document signed between Brazil and a country that wishes to obtain evidence from Brazilian authorities. The agreement details the conditions for sending said evidence.

Among the nine Latin American countries in which Odebrecht allegedly had illegal operations (according to the December 2016 agreement), the Dominican Republic is the only one that did not sign a terms of commitment agreement with Brazil’s Public Prosecutor’s Office. The country was the first to make a deal directly with Odebrecht, which may explain why it did not sign any agreements with the Brazilian authorities, seeing as the Caribbean country may have obtained evidence directly from the company.

Within the framework of Operation Car Wash, the Dominican Republic sent only three requests for cooperation to Brazil in the last two years, all of them having been sent in 2017. 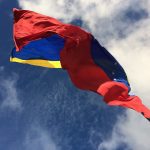