The former chairman of state-owned oil company Petróleos Mexicanos (Pemex) Emilio Lozoya Austin, who is very close to former Mexican president Enrique Peña Nieto, was accused by Odebrecht’s Chief Executive in Mexico, Luis Alberto de Meneses Weyll, of having received illegal money. According to Weyll’s plea bargain deal testimony, the company paid US$ 10 million to Lozoya, in order to be favoured in the US$ 115 million public bidding for the Miguel Hidalgo Refinery’s earthworks contract, in Tula, a town close to Mexico City, and for public contracts in the Salamanca Refinery.

In his testimony, Weyll detailed how the contact and the payments made to Lozoya took place. According to him, the payments begun in July 2012, when Lozoya was one of the main members in Peña Nieto’s campaign committee, and lasted until 2014, when Lozoya had already become chairman of Pemex.

“In the beginning of 2012, I noted that Emilio Lozoya had risen to a prominent position within the PRI (Mexico’s Institutional Revolutionary Party), which, in July 2012, had the leading candidate in the presidential race, according to the polls. Lozoya had become one of the campaign committee’s leaders, which would likely lead to him later becoming influent in the country’s public administration”, relates Weyll in his testimony.

According to Odebrecht’s executive, the bribe request then came from the PRI’s leader. “He (Emilio Lozoya) asked for a US$ 5 million ‘acknowledgement’, a high figure. I consulted with my superior (Luiz Mameri), as always, telling him about what a good prospect a closer, more professional relationship of trust could be, and suggested that we should approve a US$ 4 million amount to ‘acknowledge’ him, which we did. (…) We explained to Emilio (Lozoya) that we would be willing to give him US$ 6 million in case he won, US$ 2 million of which would be an ‘acknowledgement’ with no ties to the election, and US$ 4 million used to help with the process of winning it”, he explains.

The first terms of commitment agreement signed by Mexico and Brazil is dated October 29, 2017.

Within the framework of Operation Car Wash, Mexico sent three requests for cooperation to Brazil in the last two years, with one of them having been sent in 2017 and two in 2018. 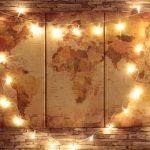